A lawn mower is an essential piece of equipment needed to keep your lawn healthy and beautiful.

Now that the mowing season is fast approaching, you might be in the market for cutting-edge mowers. However, lawn mowers come in so many types, styles, and designs that it can be confusing which one you should buy.

Well, a good point of consideration when shopping for lawn mowers is the engine. Currently, far more companies manufacture lawn mowers than engines. So let’s dig deep into who makes the best lawn mower engines today.

Designing and producing a machine is already more than enough work for many lawn mower manufacturers. Thus, most of them work with a handful of engine companies to power their mowers.

If you’re buying a lawn mower, it’s helpful to check the type of engine and the company that produced it. Doing so will give you an idea of whether or not the lawn mower will perform well and last long.

Here’s a list of who makes the best lawn mower engine today: 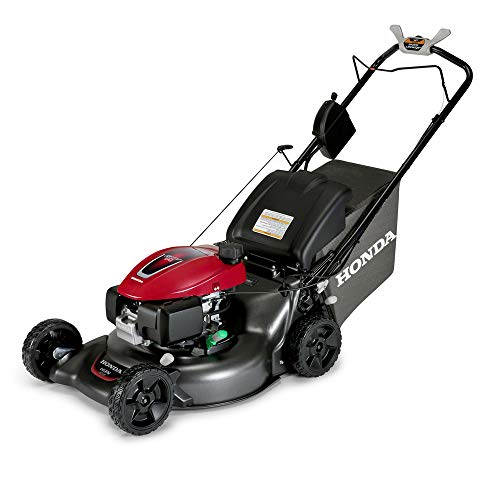 You might know Honda as a prominent car manufacturer. However, they make more than just cars. They started as a small engine manufacturer in Japan during the 1940s.

At first, they were only making small engines for portable army radios. In the 1970s, the company has grown to global prominence.

Then, Honda started making engines for lawn mowers in the ’80s. During this period, Honda introduced the compound vortex-controlled combustion motor.

Next, they released the GX engine series that boasts reliable, easy-starting, and fuel-efficient performance. The GX110 and GX140 engines were the first to feature an inclined cylinder, allowing for a smaller, more powerful, and affordable engine.

Today, Honda powers a ton of automotive equipment and lawn mowers, generators, water pumps, and more. With the goal of maximizing engine output and fuel efficiency, Honda has triumphed in entering the U.S. market.

The company makes engines for its own line of mowers, but it also sells engines to a number of lawn mower makers. Yard Man and Husqvarna are lawn mower companies that use Honda engines.

Wondering why Honda Engines are so popular? Well, the first reason has to do with their experience.

Since its inception, Honda has been manufacturing engines. From aircraft to motorcycles, Honda engines have led the way in innovations.

Second, Honda makes some of the most reliable and easy-to-use engines. For instance, Honda has designed an oiling system that works at any angle, addressing the problem of two-stroke engines.

Furthermore, the engine power of Honda’s gas-powered lawn mower is top-notch. They created a four-stroke engine that can be turned and tossed around just like a two-stroke but is more efficient.

These engines deliver the benefits of two-stroke engines without the disadvantages. They aren’t just better for the environment and easier to use, but these engines are also fuel-efficient.

The GX engines also feature an oil alert system that connects the ignition to a sensor, which automatically shuts down the engine if the oil level is too low. This feature prevents a lawn mower from overheating and preserves the engine’s life.

Moreover, Honda engines have an ECU that controls the choking, throttling, and ignition timing to achieve a smooth performance. It eliminates the need for mechanical cables that are prone to rust.

In addition, it allows engine settings to be programmed to suit the engine’s requirements. As a result, the lawn mower engine is easy to use and requires less maintenance. 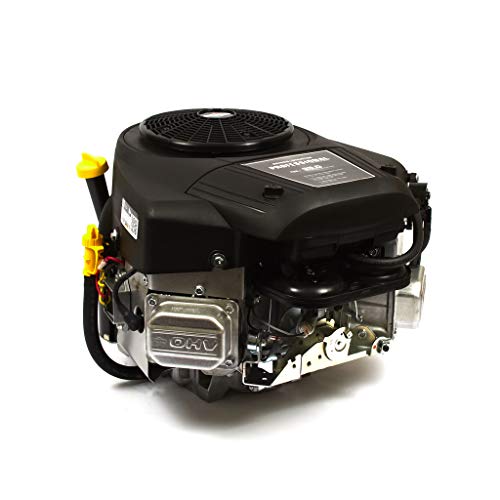 Briggs & Stratton is an American company that has been making lawn mower engines for over 113 years.

While Honda has had a reputation for powering different equipment and machines, Briggs & Stratton has focused on producing lawnmower engines, pressure washers, generators, and other outdoor power tools. They make consumer engines that power gas mowers and battery-powered mowers for any yard size.

The company started in the 1900s when inventors Stephen Briggs and Harold Stratton joined together to develop an engine company. Between 1920 and 1960, the company has been manufacturing engines for agricultural and military applications.

In 1953, they revolutionized the lawn care industry by developing the first lightweight aluminum lawn mower engine. A series of product innovations followed, such as engines with low-tone mufflers and automatic choke.

Besides engines, they also offer a full range of lawn mowers. They’re well-known for their cutting-edge mowers, including walk-behind mowers, zero-turn mowers, and battery-powered mowers. They also produce machines that are easy to maneuver even on uneven, difficult-to-reach areas.

There are many reasons Briggs & Stratton engines are popular among homeowners and commercial lawn care providers. One is that their petrol engines have a plethora of advanced features that make mowing a lot easier, from easy electric startup to storage and maintenance.

The company also produces self-propelled mower engines, making mowing a light work even in large yards. These mowers have an electric starter, precise control, longer battery run time, and more. They power lawn mowers that can cut through thick grass without extra effort.

Lastly, Briggs & Stratton engines are very durable. They can withstand wear and tear for an extended time. Their lawn mowers are expected to last from eight to 10 years with proper use and maintenance. Furthermore, Briggs & Stratton is known for designing lightweight petrol engines. 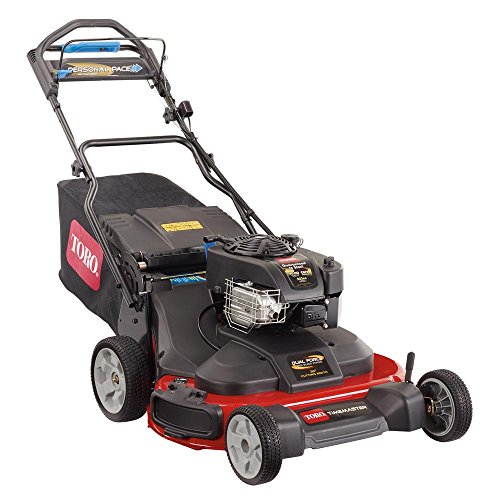 The Toro Motor Company was founded in 1914 and is regarded as the number one brand of farm tractors in the United States.

In 1924, the company introduced its first power mower called the Park Special. It soon became an industry standard and a leading product until 1961, when the demand for rotary mowers displaced it.

Inn1948, Toro released its own rotary mower and introduced a newly enclosed mower deck design. Throughout the years, they also launched other lawn care equipment, including snow blowers.

Before each Toro lawn mower engine leaves the assembly line, it undergoes a series of testing to ensure consistent performance. In addition, components are held to tight tolerances before the engines are approved and released on the market.

Toro currently offers commercial V-Twin and single-cylinder engines. These are made of heavy-duty parts and innovative features.

The Toro Commercial V-Twin, for example, boasts of a self-cleaning air filter housing. It’s a patent-pending system that features a dual-element air filter and a sloped floor that prevents the engine from sticking into the engine, maximizing engine performance.

Moreover, Toro engines have a two-barrel carburetor that allows a stream of air and fuel mixture.

Other features of Toro engines are: 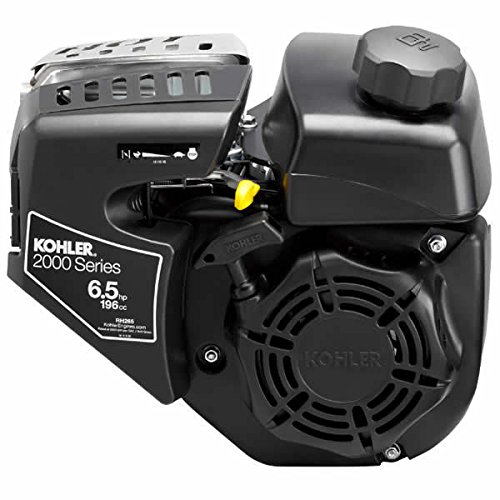 Kohler is another American company known for sinks and bathtub fixtures. It was founded in 1873 by Austrian immigrant and businessman John Michael Kohler.

Back then, the company was producing a variety of steel and cast-iron products. Today, Kohler has grown into a multifaceted global family of brands with 48 manufacturing locations globally.

However, they also produce a number of high-quality engines for push mower machines, including gas mowers.

The company is most known for the XTS Series, which are best-in-class lawnmower engines that do not need an oil change. These commercial engines have heavy-duty cast-iron cylinder liners that provide long-lasting durability and engine protection.

Another feature of Kohler engines is the smart-choke advanced technology that makes starting a lot easy. There’s no priming, choking, and flooded engine.

Furthermore, the XTX Series has a large fuel tank that is 45% larger than the angled fuel neck, preventing spilling and allowing easy pouring. Also, it comes with the Consistent-Cut technology that maintains the engine speed regardless of the grass type and mowing conditions, resulting in a clean-cut turf.

Another powerful engine from Kohler is the 7000 Series which features a winning combination of engine and machine. It has a big horsepower of up to 26 HP to get the grass cut efficiently.

Small engines are produced by the Kohler Engines, a division of Kohler Power Group that manufactures a variety of devices for residential, commercial, and industrial applications.

As an overview, after World War II, the company diversified into small engines to meet the growing demand for outdoor equipment. In the 1980s, they launched the first overhead camshaft small engine that is more fuel-efficient, quieter, and eco-friendly than traditional side-valve engines.

Which Manufacturer Is the Best Among the Best?

Sometimes, it makes more sense to replace your lawn mower’s engine than to buy a completely new one, as it can save you a ton of money. But there are only a few leading manufacturers of lawnmower engines.

They are Honda, Briggs & Stratton, Toro, and Kohler. Each of these brands offers different styles of engines for residential and commercial lawn care applications.

Overall, Honda is the best manufacturer of lawn mower engines because they have a solid track record of high-quality machines that stand the test of time.

Get your FREE Lawn Mowers Guide

0 shares
Special offer for our visitors

Get your Lawn Mowers Free Guide

We will never send you spam. By signing up for this you agree with our privacy policy and to receive regular updates via email in regards to industry news and promotions